Anne is very much one of the rising vigneron stars of Beaujolais, with arguably some of the most glowing reviews of Fleurie in recent times. Originally from Champagne (she is the 7th generation of Dubois winemakers) she passionately claims she is a grower first winemaker second. Her family purchased the vineyard in 1992 and incredibly she took over full responsibility of running the Domaine in 2006 when she was just 23 years old. Her Domaine has been certified Organic since 2019 (all of which is inside the Lieu Dit of Les Labourons).

The Lieu Dit is situated a 400 meters above sea level with West South West exposition on some pretty serious slopes, some parcels exceeding 30% offering good drainage, sunshine exposure and poor soils unlike the more fertile plains. In Anne’s words “the vineyard forms a “cirque, similar to an amphitheater, composed of 18 plots”. Granitic soils, classic to the appellation producing yields on average 35 hl/hct.. High density plantings is also a key success factor to Anne’s domaine, 8,000 to 10,000 vines per hectare.

“The composition of the soil: It is here a pure expression of pink granite, the soil being composed mainly of sand and stones from the mother rock. As the soil, the wine expresses a mineral, fresh and delicate nature. Poor and filtering soil, Gamay is not very vigorous here and naturally gives yields about 35 hl/ ha also helped by High density planting: between 8,000 and 10,000 vines per hectare”- Anne Sophie Dubois 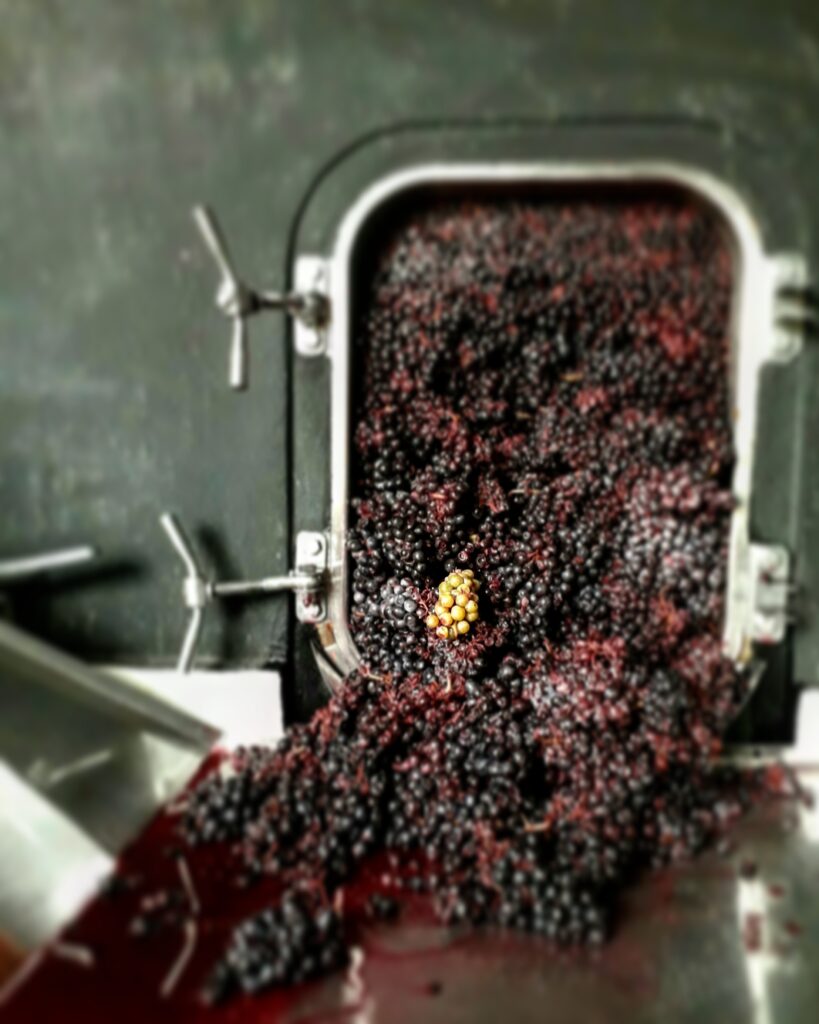 When I first met Anne back in 2014 she was strictly following a regime of 100% destemmed fruit, only to using partial carbonic maceration in her younger cuvee Les Cocottes. She referenced Henri Jayer’s philosophy as her inspiration, what she regards as the key to great red burgundy – organics, destemming, pre maceration and no filtering. Her time making wine in Volnay seemingly the perfect playground before she purchased the 8 hectares in Fleurie.

Just prior to meeting her in 2014 she had she met Jacques Neauport who really inspired her to a change of direction. Jacques Neauport was seemingly Jules Chauvet’s right hand. Chauvet’s touted with being somewhat of the father of “natural”, most famously starting with Marcel Lapierre. He was a big advocate of cold carbonic macerations of Gamay on granite soils. Chauvet also promoted wines with as minimal sulphur as possible, in some cases none at all but highlighted the key to this was organic viticulture, indigenous yeasts and cold carbonic maceration. Credit to Alice Feiring, author of the ‘dirty guide to wine’ for his expansive article specifically on these two winemakers.

Fast forwarding to 2018 she has started to incorporate whole bunch fermentations in small parts to all her bottlings, citing the benefit of fruit and tension that this technique brings however in both L’Alchimsite and Les Labouron’s it only represents a part of the overall blend. Wild fermentations, gravity fed winery set up and only using older oak for her elevage. 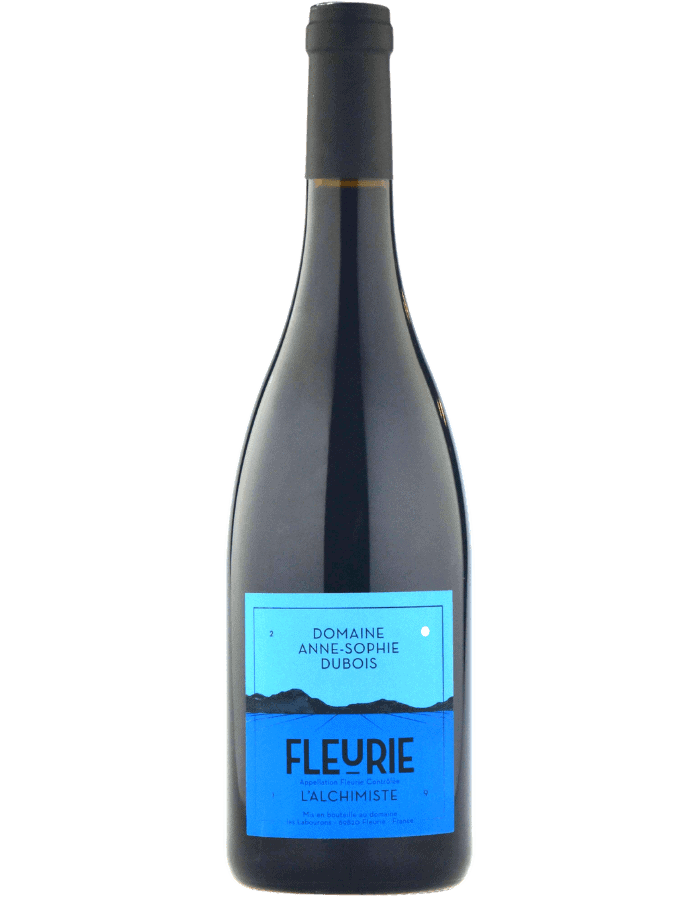 The name of this wine was inspired by the book ‘The Alchemist’ by Brazilian author Paulo Coelho and New York Times describe the core theme about finding one’s destiny. Sourced from 40+-year-old vines within the Lieu Dit. Anne-Sophie’s vineyards are some of the highest-elevation sites in Fleurie, which itself is one of the highest-elevation Cru Villages in Beaujolais. Just 35 hl/ha.

Anne mentions she picks the site with the ‘deepest juice’ for this cuvee. Bottled unfined & unfiltered

“The Alchemist 2019: 100% whole bunches. Change: unlike previous vintages, the proportion of aging in barrels (old) is only 40%. The rest in concrete vats. 10 months elevage. This cuvée tastes very well as soon as the bottle is opened. The nose is open, the mouth straight. Definitely my best “Alchemist”!”- Anne Sophie Dubois

Les Labourons is a selection of the best fruit from the old vine parcel of Les Labourons. In 2017 once she received the nod that her Domaine would be certified organic from 2019 she wanted to rename the wine and have a new label drawn to showcase the lieu dit itself and the next chapter in the Domaine’s history. whole cluster fermentation. Aged for 10 months in seasoned oak barrels. Bottled unfined & unfiltered.

“Les Labourons 2019: 100% whole bunches. Maturing in (old) barrels 100%, as usual. The wine will benefit from a slight opening before drinking so that the complexity of this cuvée is expressed. Very good potential, all in delicacy” – Anne Sophie Dubois 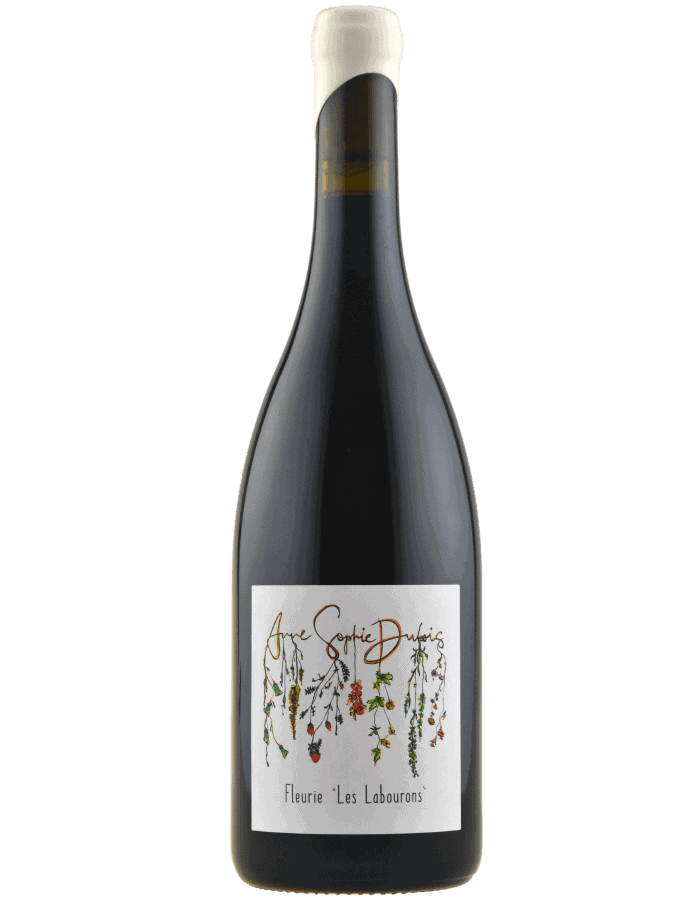 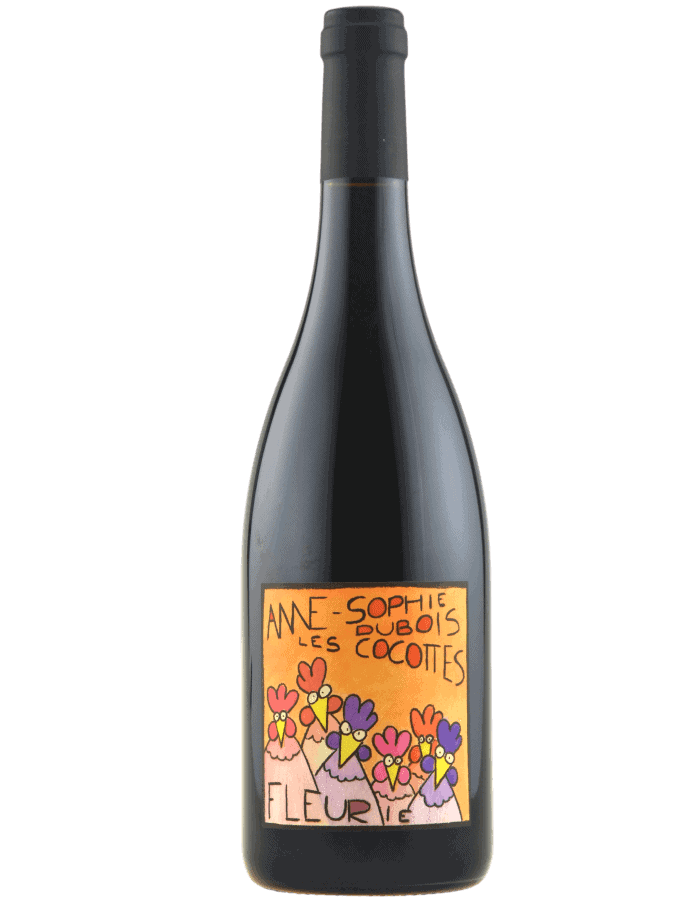 Anne-Sophie from 2015 decided to showcase a different side of her Fleurie domaine. Up until then, all of her Fleuries were 100% destemmed and fermented in a Burgundian-style. In stark contrast to her usual style, she makes Les Cocottes with 100% whole cluster and using carbonic maceration. It is released the Spring after the vintage after 6 months in vat an a touch of barrel. It’s intended to be fruit driven and drunk early & often.

“If a wine can be called joyful, I’d apply that word to this juicy, bright, eminently glugable cru Beaujolais. A wonderful expression of the Gamay grape” – Wall Street Journal

“Anne-Sophie Dubois organically farms about 20 acres in Fleurie. She is one of a small number of Beaujolais producers who generally do not use semi-carbonic maceration, the typical winemaking method in the region. Instead, she makes her Fleuries in a method more typical in the rest of the winemaking world, destemming the grapes and fermenting them in the usual fashion. Those wines often require some aging. However, with this cuvée she does use the semi-carbonic technique, in which whole bunches of grapes are piled into large vats. Those on the bottom are crushed and begin to ferment, producing carbon dioxide, which induces a different, intracellular fermentation in the bunches on top. The result is a Fleurie that is great to drink now: fresh, energetic and pretty, with an underlying earthy note” – New York Times